How Long Do Portable Generators Run?

The life of a portable generator depends on the quality of the engine. Typically, you can expect it to last anywhere between 1000 to 2000 hours. Moreover, other factors play an essential role, like the capacity of the generator, maintenance, and much more!

How Long Will Standby Generators Run During an Extended Power Outage?

If you have enough fuel in your standby generators, you can expect them to run well during an extended power outage. However, it depends on the type of fuel that you use for the generator. Several generators on the market have 24-hour fuel tanks. You can run the generators for 24-hours or even more.

How Long Can A Portable Generator Run?

Portable generators have a short-lasting duration of 1000-2000 hours than stationary generators. It depends on the engine quality as well.

Standby generators can run indefinitely until you cut the supply of the fuel. For instance, you have a natural gas-powered generator. You don’t need to worry about fuel uptake as it is continuously supplied with the gas from your home pipeline. However, if your generator runs on LP or diesel, you need to be concerned about fuel and conserve excess fuel as it might cost you a lot.

If you decide between standby vs. portable generators, you need to consider certain factors that increase the generator’s lifespan.

However, portable generators come with a run time of approximately 1000-2000 hours. If you are seeking a long run time, opt for standby generators.

Are There Generators That Can Run Nonstop For 24 Hours?

Different portable generators on the market are unable to run nonstop for 24 hours. It’s because they come with a small tank. So, they are indubitably unable to accommodate enough fuel. However, generators can run without any break at half load.

Other than that, multiple generators can serve as an ideal backup power source at your homes. Plus, they can run for 24 hours or more. Such generators are powered by natural gas or propane.

Gas Vs. Propane Generators: Which Will Run Longer?

Propane generators come with less efficiency than gas generators leading to fewer BTUs. Propane is a type of cleaner fuel, making it possible for the environment and the generator.

Gas generators come with a limited amount of power in tanks. It means they can provide electricity for a few hours with multiple refills. Propane tanks, on the other hand, can operate for a few days without any refills. 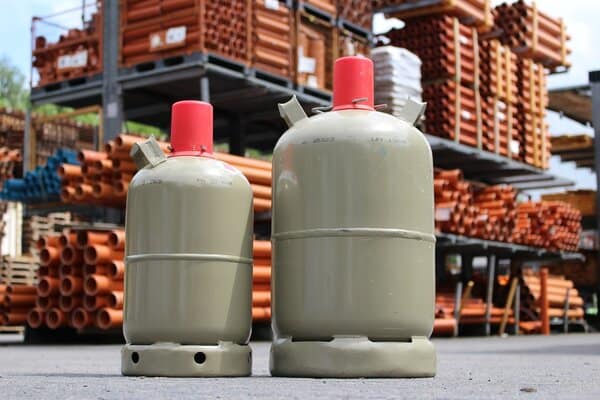 Are There Any Safety Measures to Run Your Generators Continuously?

Yes, there are safety measures you need to consider to run the generators continuously.

Operate the generator outdoors in areas having enough ventilation. Avoid running the generator at home or within your garage. Generators can result in the emission of deadly gas. That is known as carbon monoxide.

Avoid plugging the generator within the wall to avoid any back feed. Make use of extension cords for connecting appliances within the outlets of your generator.

Generators can lead to electrical risks if you operate them within wet conditions. Ensure using the generator under any canopy structure or an open and dry surface.

When to Replace Your Generator?

When your generator has reached its lifespan, the engine starts to wear off. For instance, your old generator will offer less power for running the appliances consistently. You’ll see flickering of lights or certain appliances cutting in the handout. You might notice the generator is taking a long to start up.

Why Do You Have to Shut Off Your Generator When You Refuel It?

How Much Fuel Does Your Gas Generator Hold?

An average 5-kilowatt generator consumes around 0.75 gallons of gas during each house. So, if you run a portable generator during the day, it will consume about 18 gallons of gas.

How Long Is the Average Generator Run Time?

The average run time for most generators is around 8-12 hours each day.

Portable generators are easy to use. They serve as an excellent backup during a sudden power outage. Most portable generators come with enough run time of around 8-12 hours per day. It makes them highly efficient for people who don’t want to undergo the hassle of additional installation costs.

The run time of the standby generators defines how long the generators will last. Most generators come with a run time of around 10000-20000 hours; at a half load. This means if you utilize the generator in occasional power outages, they can last around a decade or more. On the other hand, if you run the generator continuously, you might need to replace it earlier. Make sure to maintain the generator thoroughly, to enhance the lifespan.

What Size Generator For 50 Amp RV?

If you are running an RV and searching for what size generator for 50 amp RV, you have come to the right place. In this blog post, I will discuss the different sizes of generators that are available and help you find the perfect one for your needs. We will also talk about the features […] How To Plug RV Into Generator